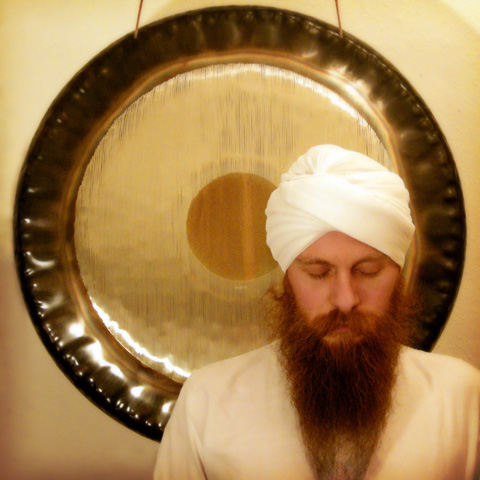 Why do we use the gong in Kundalini Yoga?

The gong is a sacred and ancient instrument of healing, rejuvenation and transformation.

The Gong produces a strong sound wave, almost tangible to the touch, which stimulates the physical body by influencing the surface of the skin and every cell.

On a physical level, the gong releases tension and blocks in the body, it stimulates a higher functioning of the glandular and nervous system, it increases prana, our vital life force and improves circulation.

Educator and musician Johannes Heimrath conducted many workshops and healing sessions with the gong in the 1980s. He discovered that the sound of the gong was most helpful in connection with relieving neck pain and headaches, menstrual difficulties and cramping in the chest and upper respiratory system.

The sound of a live gong stimulates circulation while its wide range of frequencies stimulate nerve endings and may prove useful in recovering from injuries in which nerve damage has occurred.

As physical distress and illness often have an emotional and stress related component as well, the gong affects the physical health by working in these areas as well.

The gong also works deeply on the mental, emotional and spiritual bodies.  The gong purifies and quietens the mind. It literally cuts through the linear mind and clears the clutter from the subconscious mind to reveal the radiant and authentic self.  It has the capacity to bring us to our neutral mind that is wise and non-judgemental.  It helps turn the mind to zero, a state of stillness where innate wisdom can be accessed.